I am working a smart mirror. This project will grab the date, time, weather, to-do list, and stock market and display them on a monitor behind the mirror. 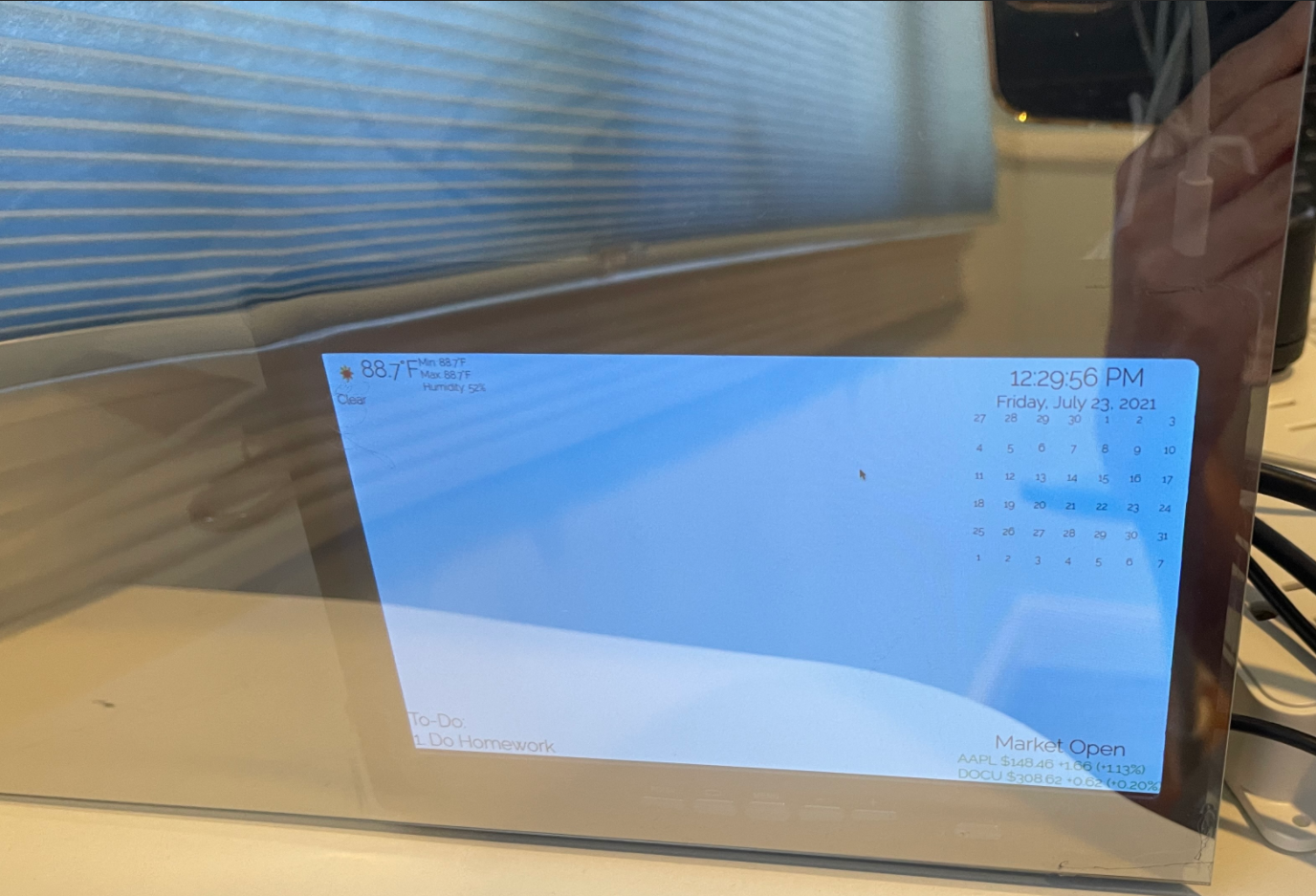 After finishing this project, I have learned that I want to pursue computer science in the future. I definitely like software more than hardware. I am also more interested in the backend instead of the frontend in a project. I also learned about the power of a raspberry pi. It is very small and has enough power to display code which I will definitely use on my future projects. 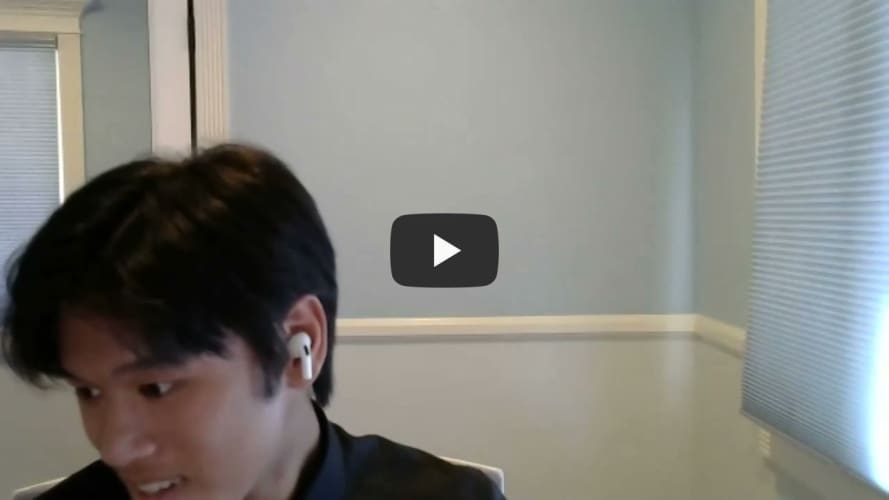 My final milestone is creating the stock quote, calendar, and hot glueing the display onto the mirror. The stock quote is similar to the other functions because it is just using information from the API. I added the calendar by pushing numbers into an array and displaying them. I changed the font size and downloaded a new font from the internet. Since the mirror is two-way, I am able to see the display behind the mirror if there is enough light. 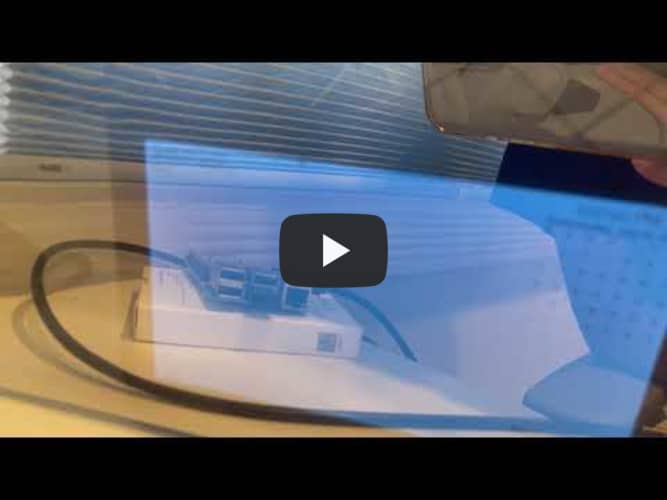 This is the code for collecting the numbers of a calendar and pushing them into an array. 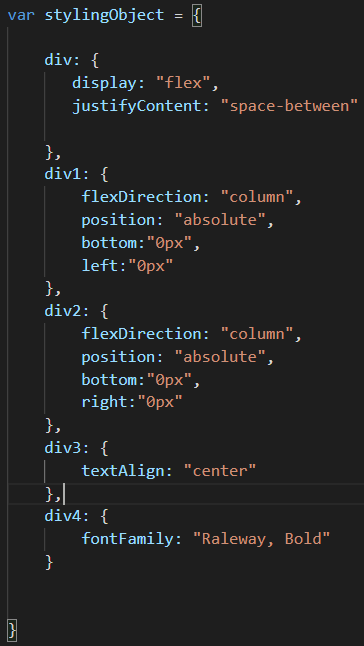 This is the code for the flex box styling. 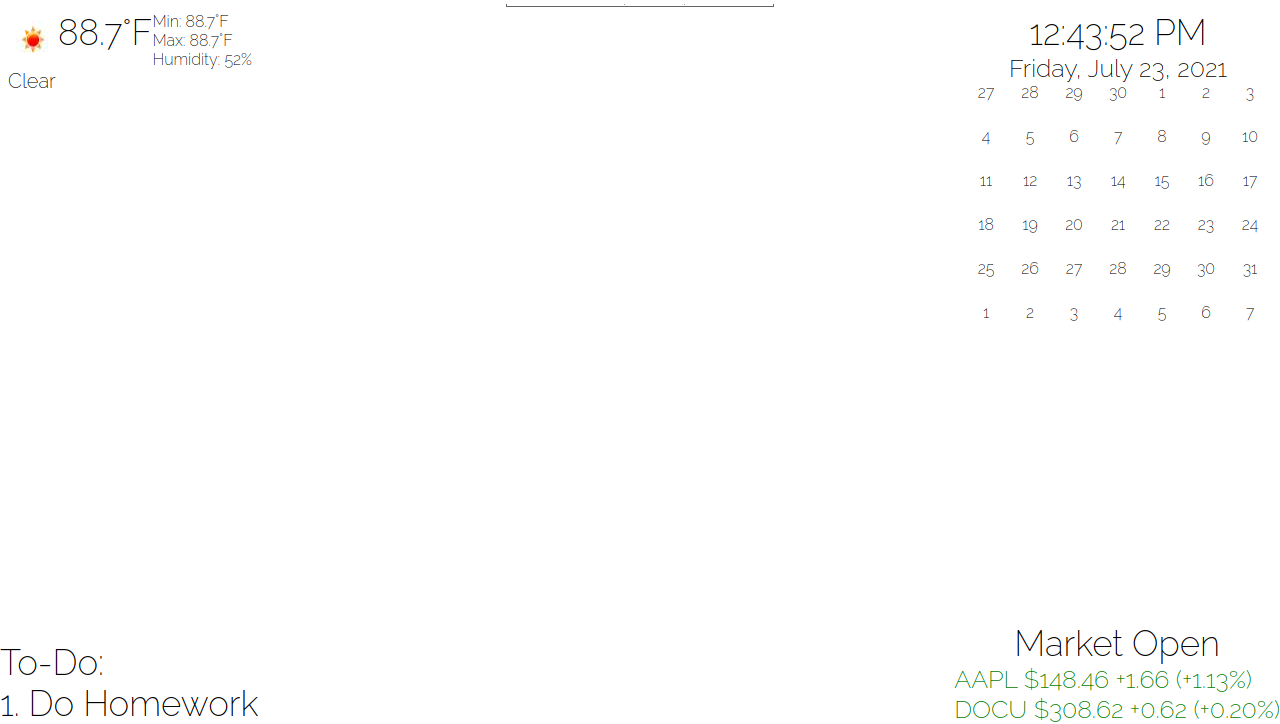 This is the final project after I changed the font.

My second milestone is coding the Weather, Date, Time, and To-do List. I used javascript to code all three functions. I used an Application Programming Interface to code the Weather, and To-Do list to get the information from a database to display. I first started with the date and time then I followed with the weather. I followed a tutorial at first to build the weather app. After finishing it, I had an idea of where to start with the to-do list because they both used apis to grab information. After I finished all the backend, I used flexbox to create the front end by moving around the objects or changing the font and the size.

This is the code for checking the date and time refreshing based on intervals.

This is the code for looping through an array to display the To-Do list. 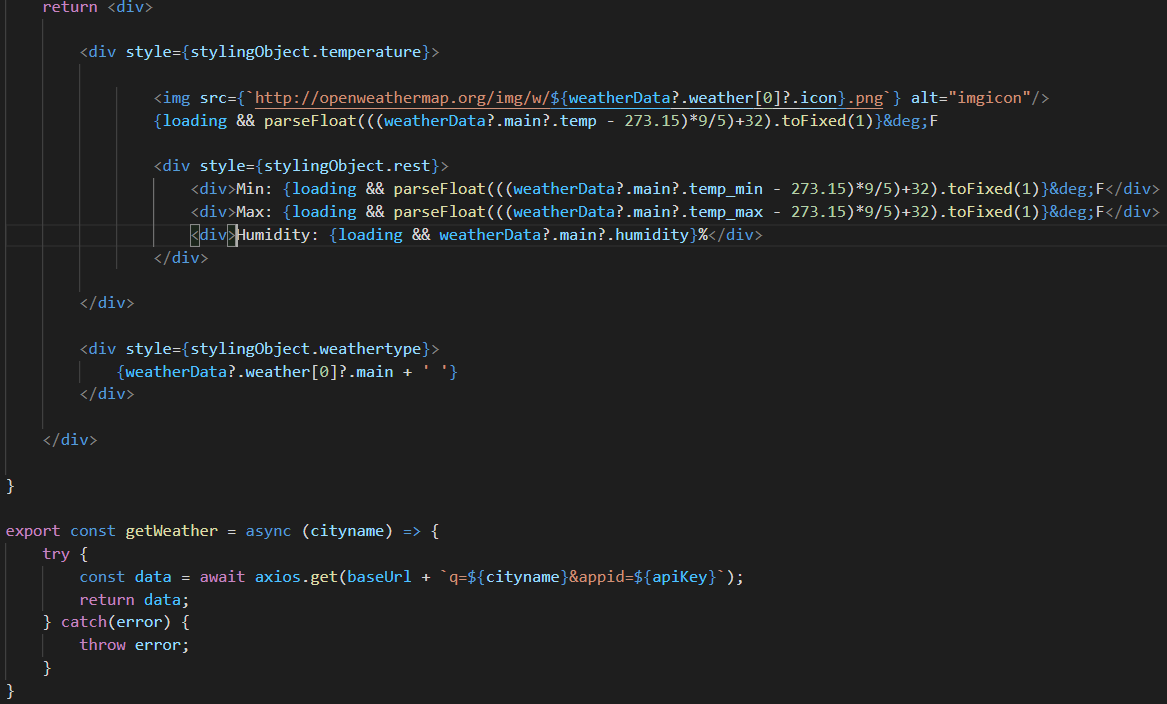 This is the code for retrieving the data from the API and using it later in the return statement. 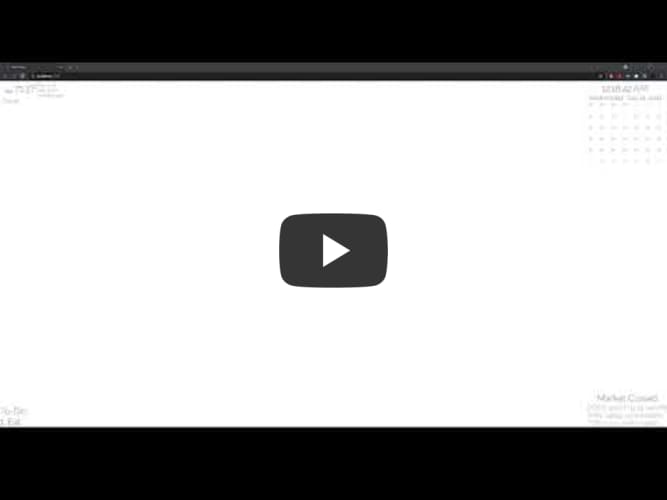 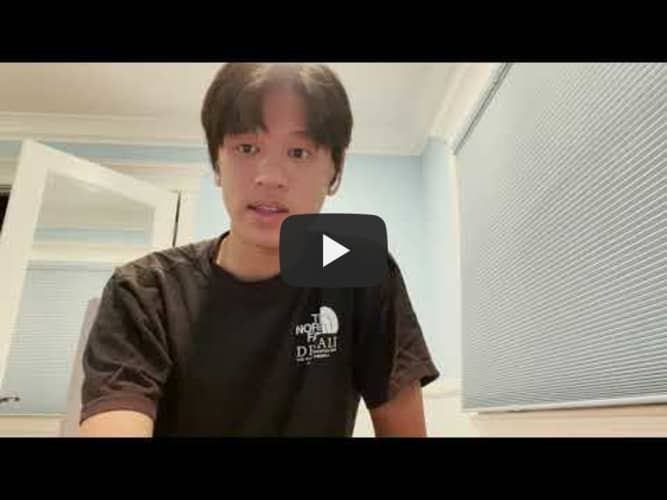 This is the initial design of the Smart Mirror that I will create during the three week period. 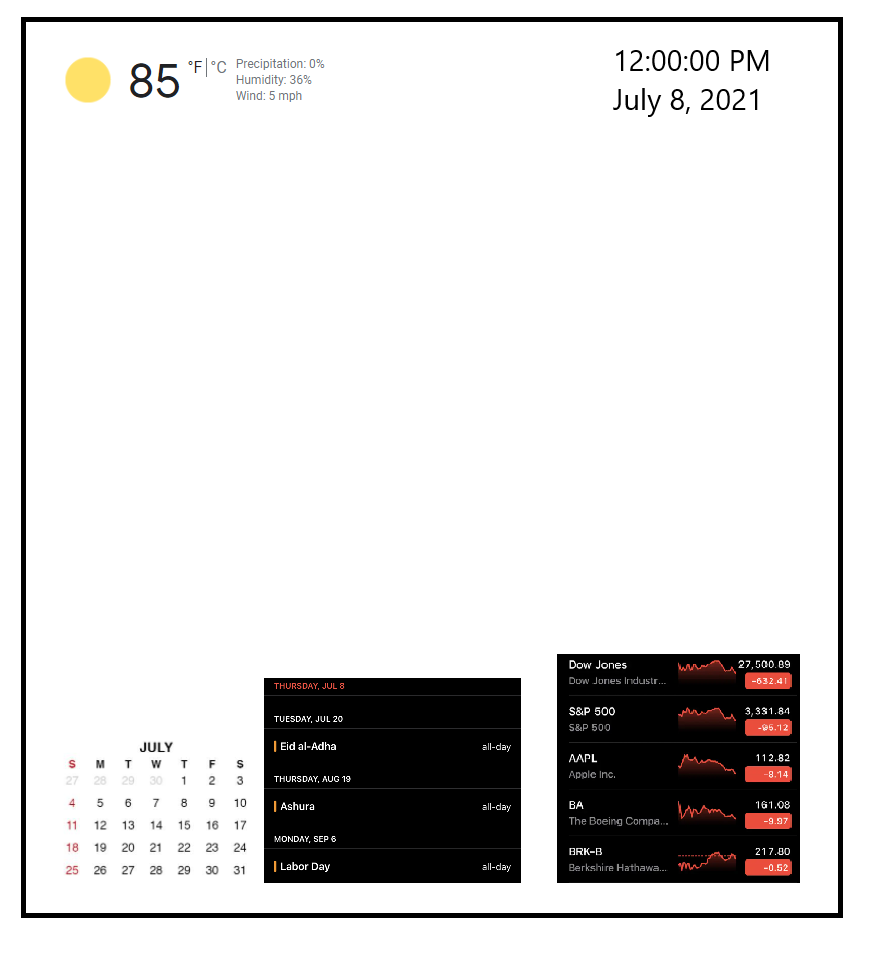